The Green routes are for those exiting Bel Acres going East or West.

For those people that are coming from the West side of Winnipeg we are strongly recommending that you come up Route 90.

This will give you paved access both in and out. You can access route 90 by using Centre Port Drive. 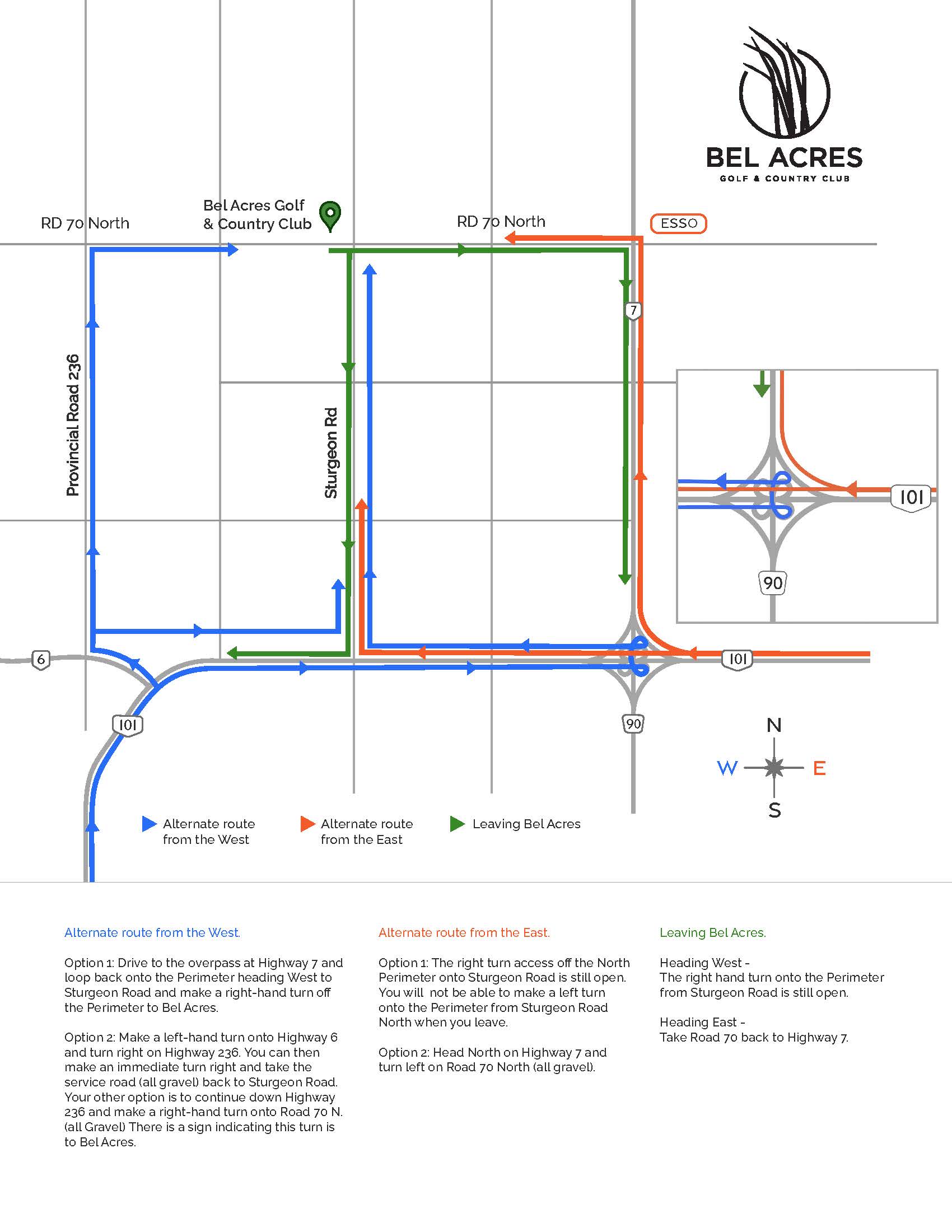